Advocacy and Email Marketing: Should the Tool’s Politics Matter? 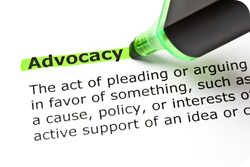 I saw a lot of chatter on the Progressive Exchange Listserve (hosted by M+R Strategic Services) in recent days about the use of advocacy and email marketing tools to communicate with supporters and the electorate. Many of these tools include Yesmail, Blackbaud, Convio (A Blackbaud company), Blue State Digital, Salsa Labs (Salsa) / Democracy in Action (DIA), Action Kit, even Constant Contact. This all came about because the CEO, Chris Lundberg, of Salsa/DIA was ousted by his Board of Directors. Traditionally, Salsa has always served the progressive cause. However, with the infusion of $5 million in venture capital last year from Edison Ventures, the integrity of the organization and the direction that the CEO wanted to pursue was admittedly compromised as a “nail in [their] coffin.” According to Salsa co-founder April Pedersen,

“When we took venture capital last year, we outlined a grand vision — one that we continue to believe strongly in: that Salsa is capable of perpetuating the notion of Organizing very broadly — beyond the sectors that we currently operate in and especially internationally. We can continue to lower the barriers to entry, continue to build a profitable business and be a force for good. The infusion of cash was supposed to help us realize our vision faster than we could before.

Unfortunately, as it turns out, taking those funds which we did not need was the $5M nail in our coffin. We deeply regret this decision and our naiveté in making it. While Chris and I are still majority owners of Salsa, we’ve been effectively hamstrung. With no leadership (and no formal role offered to me), there’s little we can do. The questions we are left pondering are: How long before Salsa takes on its first right-wing candidate or group? How long before the litmus test we’ve used to evaluate potential clients disappears? Will Libre, our vision and goal to make Salsa free, see the light of day? What happens when Salsa loses its soul and all the technical and institutional knowledge that has come with 9 years of pouring ourselves into the success of this business?” (Source: CampaignsAndElections.com)

This brings a question to mind, do the tools that we use to communicate with our supporters need to reflect the partisanship of our respective missions? Does the playing field need to be fair in the use of one tool over another? This was something that was brought up in the presidential debate in another form just this week.

Governor Romney and President Obama both spoke to this fact when discussing the role China will play in the future of the United States. In the protection of patents and copyrights as well as intellectual property, it is well known and a matter of fact that the Chinese openly ignore these instruments when seeking profits. Should we level the playing field with China? I think so. However, this issue is what this election will be about in the coming weeks; well that in many other issues.

When it comes the tools that we use to communicate, some feel that partisanship is a strong issue for them and if the tool that they use is also sold to the competition, it is the equivalent of “selling out” to the highest bidder. When one has a tool the competition does not have, does that make it fair? Does it matter who uses the tool? I think not.

It is the content that we create and the missions we advocate that matter, not the tools. If our missions are strong enough to exact change in society, then why worry about the tools that we use to reach the end outcome. In using another metaphor, on the playing field in sports, who wins the game is the result of the better team and objective officiating. Cheating is not allowed. So why should we fight to keep a tool to ourselves?

If you represent the better side, fight for it through your words and actions. Demonstrate that your cause is the better one and do so through ethical means. Don’t squabble over the tools that you use. Simple enough, right?

What do you think? Should each side have their own tool that caters just to their political leanings? You already know how I feel about this. Let’s hear what you think.

Disclaimer: I work for a company called Blackbaud. What is written above, does not reflect the views of the organization that I work for nor the views of any of my clients. All content is my own, and all thoughts are my own. This is not the official view of my organization nor do I intend it to be. I am just expressing my personal views.